MAY THE FARCE BE WITH YOU 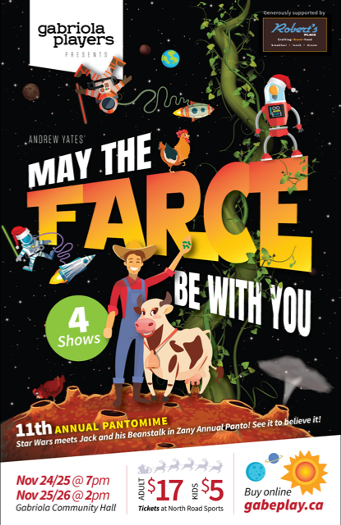 It all got off to a rollicking start with our 2017 panto May The Farce Be With You, written by Andrew Yates and directed by Ginny Lowes. There was farce a plenty in this hilarious cross between Star Wars and Jack and the Beanstalk.

Cast of May The Farce Be With You. 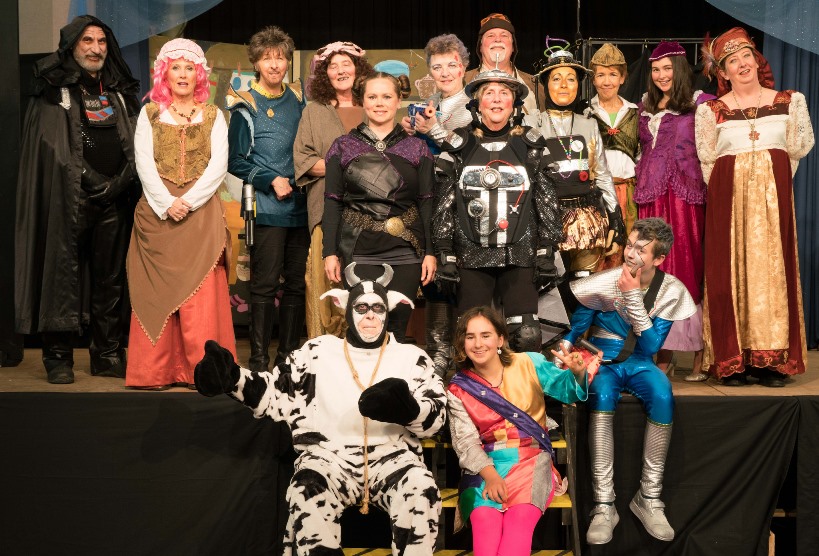 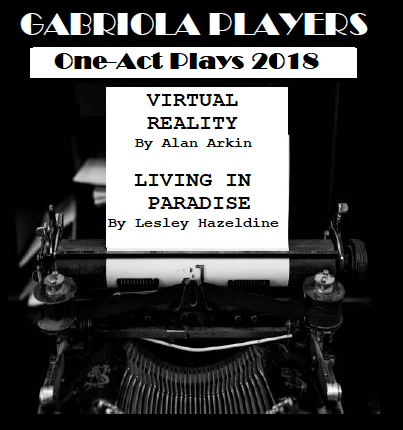 Our ever-popular One-Act Play Festival was a hit again in 2018 with sold out performances of this year’s plays. Alan Arkin’s somewhat surreal play Virtual Reality, directed by Donna Deacon, entertained audiences with the bumbling and frequently profane efforts of Lefty (Joe DiCara) and DeRecha (Dave Innell) to prepare for an unspecified “job”. Our own Lesley Hazeldine wrote Living  in Paradise. It was directed by Jenn Feenan and starred Lesley and Charlie Cheffins as a couple who begin their doey-eyed life on Gabriola, loving everything about island living (including the does), only to find themselves ten years later moaning about exactly the same things.

Not only did the play wow audiences on Gabriola, but director and cast were invited to do it all again on Galliano in May. The play, to which anyone living on a ferry-dependent Gulf Island can relate, was as warmly received by audiences on Galliano as the cast and crew were by their hosts.

Cast and directors from the 2018 One-Act Play Festival. 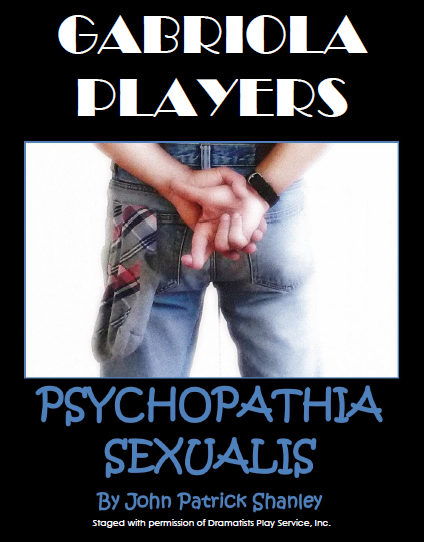 Audience members complained that they’d suffered stitches in their sides from laughing so much during our performances of John Patrick Shanley’s urbane relationship comedy Psychopathia Sexualis. The play was directed by Dave Innell (who also brought it to the attention of Gabriola Players) and starred Charlie Cheffins, Garry Davey, Donna Deacon, Miranda Holmes and Paul’Sullivan.