In these pandemic times no one knows when live performances in an actual theatre might once again be feasible. We cannot predict what the coming year will bring.

But you can’t keep theatre folks down.

In the summer we decided to try something different and began working on a live online show – two new pandemic-themed one-act plays written by local authors. 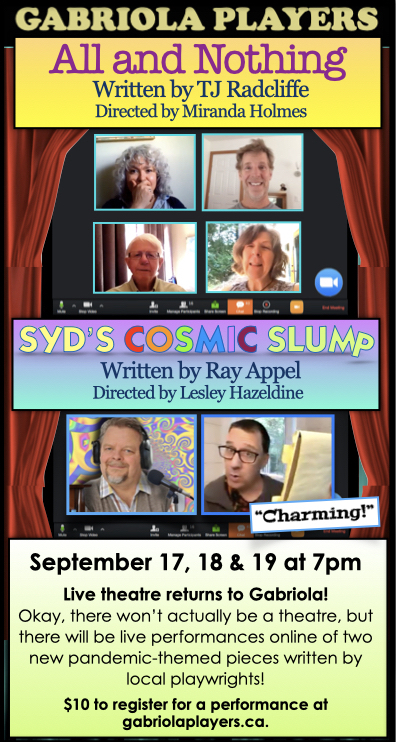 The response was gratifyingly favourable. 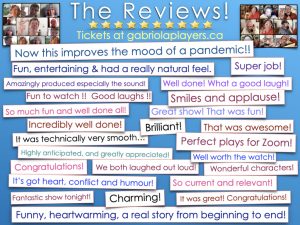 Honestly, this is real feedback from real viewers.

Buoyed by this success, we got back to work.

There may not be a panto at the Community Hall this year, but there will be a Christmas show! 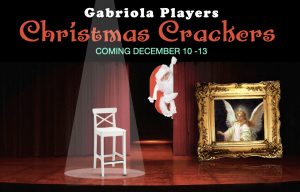 Once again we will be offering two new plays by local authors, along with some musical guests. 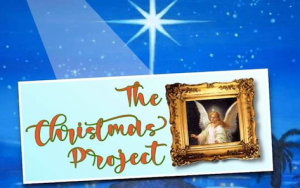 In The Christmas Project, written and directed by TJ Radcliffe, we discover that angels began meeting via celestial Zoom long, long before we did. The Nativity didn’t just happen. A lot of planning went into it, as revealed for the first time in this affectionate look at the angels – including the one who forgot to book a hotel room – who were behind it all. 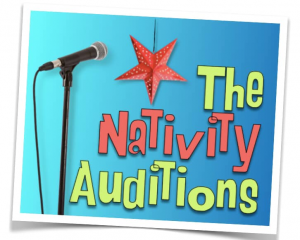 In The Nativity Auditions, written and directed by Lesley Hazeldine, Ray Appel and Scott Rivers, the local amateur dramatic society is holding auditions for a nativity play. Everyone wants in on the act. In a series of short sketches we discover how wildly inappropriate the wannabe stars are for the roles in which they seek to be cast.

Mark your calendars. There will be live broadcasts of Christmas Crackers on Thursday, Friday and Saturday, December 10 to 12 at 7pm and Sunday, December 13 at 2pm.

Once again the response was gratifying. 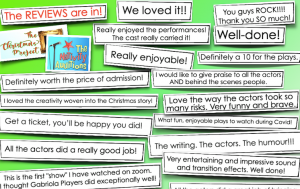 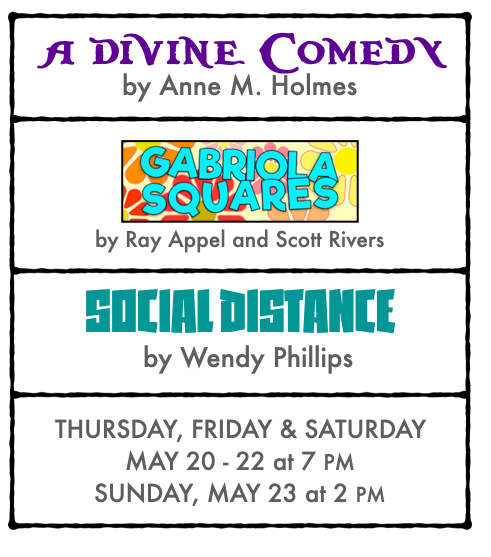 The show will feature two delightful new plays written by Gabriolan authors Anne M. Holmes and Wendy Phillips and a quite wildly entertaining sketch by Ray Appel and Scott Rivers.

Even with vaccinations proceeding apace it is difficult to guess what the future might hold, but we’re still holding out hope that we can bring the Bard back to the garden in July or August. 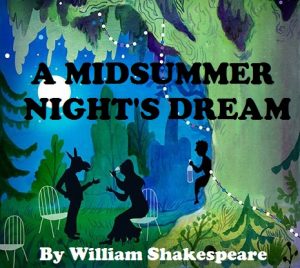 To receive a quarterly Newsletter, fill in the form below: