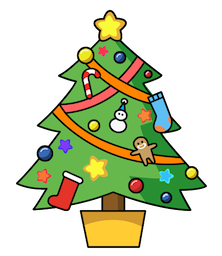 There may be no panto at the Community Hall this year, but don’t despair! After the success of our live online one-act play performances last month, Gabriola Players is planning an online Christmas production!

Our show, Christmas Crackers, will be broadcast live on Zoom on Thursday, Friday and Saturday, December 10, 11 and 12 at 7pm and Sunday, December 13 at 2pm. Once again we will have two cracking new plays written by local authors.

Auditions will be held this coming Sunday, October 18 from 1pm to 4pm in person at the Rollo Centre. In order to observe Covid-19 protocols, it will not be possible for people to simply turn up. We will be auditioning in 45-minute blocks (1-1:45, 1:45-2:30 etc.) to keep numbers as low as possible. If you would like to audition, please send an email to gabriolaplayers@gmail.com. Time slots will be assigned in the order emails are received. If you know, based on the following descriptions, the role for which you would like to audition, please specify in your message.

Keen, but not able to audition on Sunday? Let us know in an email, as we are considering a follow up, online audition on Zoom.

Written and directed by TJ Radcliffe

Story: Who knew angels began meeting via celestial Zoom long, long before we did? The Nativity didn’t just happen. A lot of planning went into it, revealed for the first time in Radcliffe’s short play, an affectionate look at the angels – including the one who forgot to book a hotel room – who were behind it all.

The five characters to be cast are:

The Boss – off screen, voice only

Story: The local amateur dramatic society is holding auditions for a nativity play. Everyone wants in on the act. In a series of short sketches we discover how wildly inappropriate the wannabe stars are for the roles in which they seek to be cast.

The 15 characters to be cast are:

Joseph – the actor auditioning wants to play the role as sexy, sullen, restrained, then over-the-top passionate (think James Dean or Marlon Brando). Age 20s-30s. (Could be older guy if he can pout and smoulder). Three-minute sketch

Young Mary – the pushy, self-absorbed young woman auditioning for the role wants to be incredibly famous, despite her inability to sing, dance, create poetry or act. Age: 20s-30s. Four-minute sketch.

Betsy – auditioning for the role of the Innkeeper, she’s a pushy, domineering woman who wants a whole lot of love. Married to Marvin. Age: 20s-50s. Four-minute sketch, which includes…

Grandmother – A sweet elderly British woman (or woman who can do a British accent).  She idolizes the Queen, isn’t afraid to voice her opinion and is not sexist. Age: 60s-80s. Three-minute sketch.

Teenager – withdrawn, uninterested, but able to do a rap song. Could be male or female. 1½ minute sketch.

Frankenstein – clueless character with green face makeup who wants to audition to play one of the Wise Men’s gifts, until the director explains: “That was Frankincense!” Any age, any gender. 30 second sketch.

With the exception of the Director, none of the roles in The Casting Call are large, so there is not a lot of memorisation to worry about. (And, as the Director is heard but never seen, this role could be read.)

Look forward to hearing from you via email and to seeing you on Sunday!