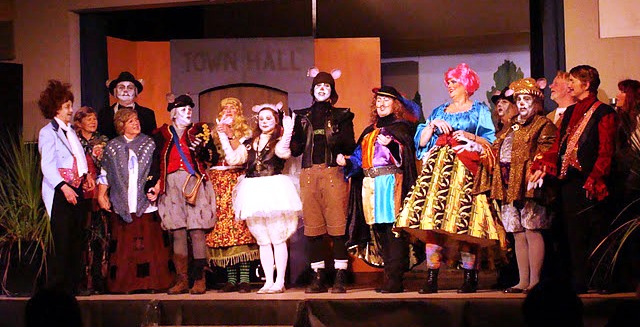 A new twist on an old tail…sorry, tale. The Pied Piper leads all the rats away to a secret cave so he can become Mayor of the town, but he soon reveals himself to be greedier and more of a pest than the rats ever were. Brave Rattles has to try to free the rats and the town! Zany characters, really bad jokes and great laughs make for fabulous family fun!

These three one-act plays share a common and often hilarious view of death, including Hamlet’s ghost, the Angel of Death, a brief glimpse of heaven, and an absurd comedy that will leave you wondering!

The Death of Me by Norm Foster 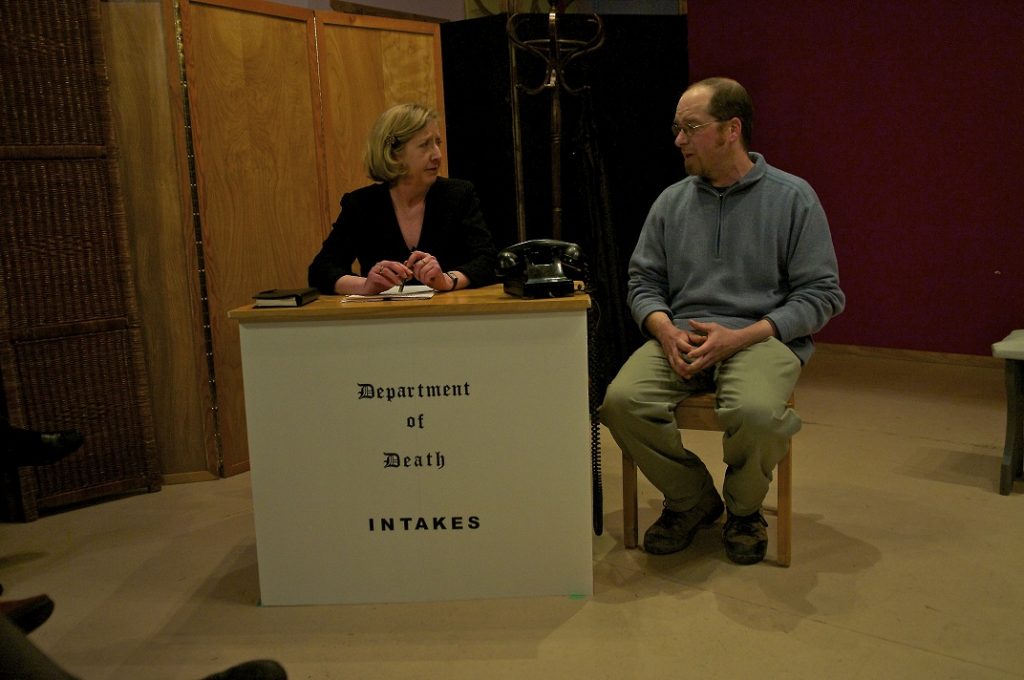 John has a surprise interview with the Angel of Death

John (Dean Clark) gets a 24-hour reprieve from the Angel of Death (Miranda Holmes) in order to go back and give his former fiancée Cassie (Donna Deacon) what for. Unable to fulfill his mission, he seeks out his incompetent Doctor (Mark Smith), who isn’t quite ready for what happens next.

The Loveliest Afternoon of the Year by John Guare 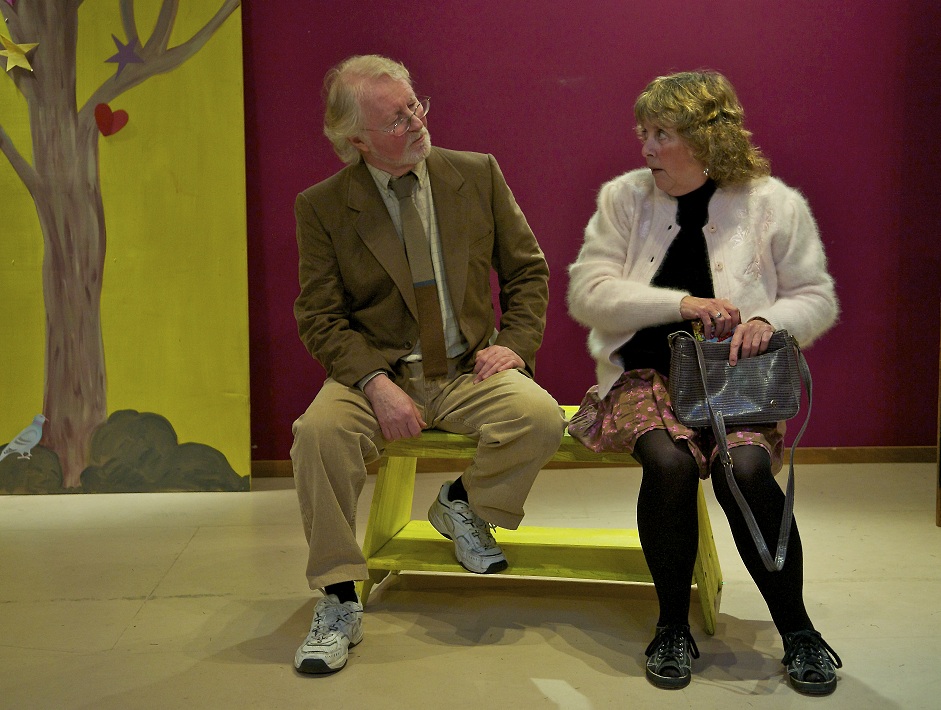 He (Steve O’Neill) and She (BJ Godson) meet in Central Park. As they talk, the past, present and lethal future all play out.

Ruby of Elsinore by Bruce Kemp

Ruby (Madeleine Ani) is the stylist to the Danish royal family. With party preparations underway at the palace, everyone needs a style and a chat. Hamlet (Karlis Kalns) tries to decide whether to get bangs. Ophelia (Nadine Acosta) hopes for a proposal. Gertrude (Jenn Feenan) is shagged out. Claudius (Paul O’Sullivan) thinks it’s good to be king. And the Ghost (Nick Squire) just comes in for a moan.

Performed April 12 and 14 at The Theatre Centre, Gabriola

The Housekeeper by James Prideaux 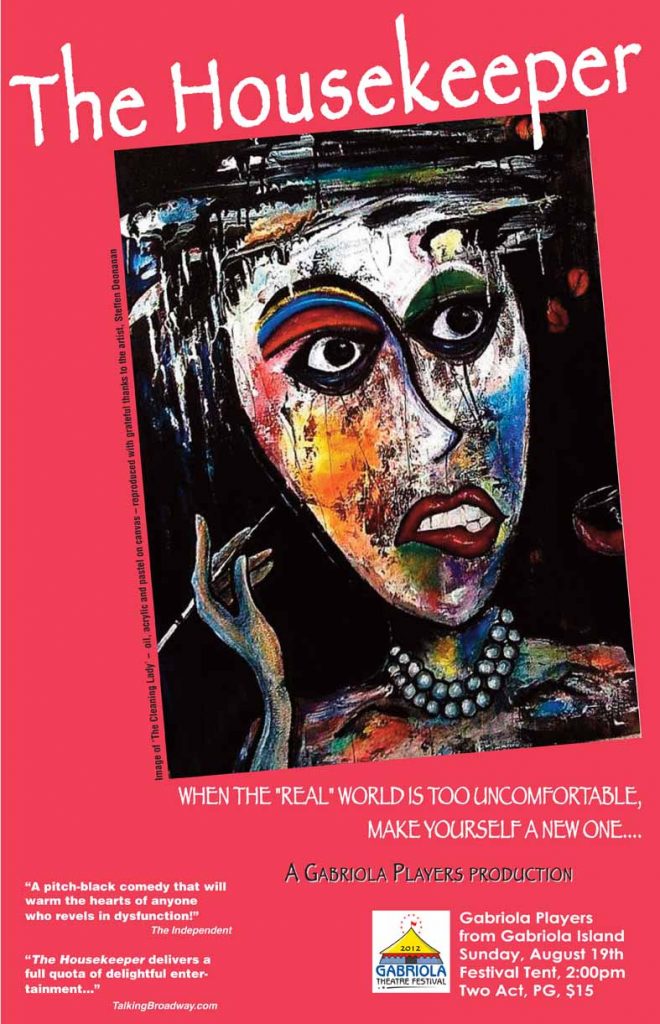 “A pitch-black comedy that will warm the hearts of anyone who revels in dysfunction.” (The Independent) Husband-hunting, trashy, and self-inventing housekeeper Annie Dankworth (Miranda Holmes) worms her way into the home of Manley Carstairs (Mark Smith), a pretentious and reclusive self-styled writer of third-rate literature – only he thinks it’s first rate. Worlds collide and the result is what can best be described as a ‘dark romantic comedy’.

Performed at the Gabriola Theatre Festival on August 19 and at the Theatre Centre on September 7 and 8.