A huge thank you to all the actors who came out for the recent auditions for CHRISTMAS CRACKERS, our live online holiday show to be broadcast December 10, 11, 12 and 13.

The roles have been cast and rehearsals are underway for our two cracking new Christmas-themed short plays.

Story: Who knew angels began meeting via celestial Zoom long, long before we did? The Nativity didn’t just happen. A lot of planning went into it, revealed for the first time in TJ Radcliffe’s short play, an affectionate look at the angels – including the one who forgot to book a hotel room – who were behind it all.

Story: The local amateur dramatic society is holding auditions for a nativity play. Everyone wants in on the act. In a series of short sketches we discover how wildly inappropriate the wannabe stars are for the roles in which they seek to be cast. 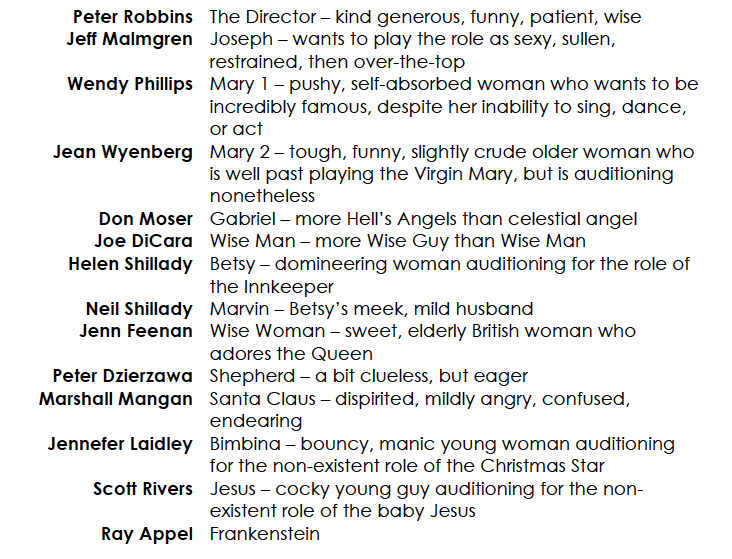