But you’re not sure how to go about developing the plot and the characters? 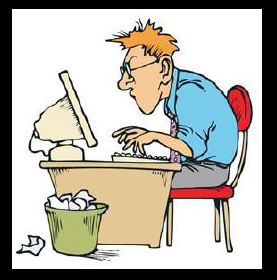 Don’t worry. Gabriola Players has your back!

We’re thrilled to say Frank Moher has agreed to offer a weekend workshop for budding playwrights.

The workshop will take place at the Arts and and Heritage Centre on Saturday and Sunday, September 11 and 12.

Day 1 of the workshop (10am to 2pm) will cover important basics:

Participants will then be sent home with an assignment: Write a protagonist-antagonist scene.

To maximise writing time, Day 2 will begin at 1pm and end at 5pm. During this time:

The cost for the workshop is $40 for members of Gabriola Players, $55 for non-members. To reserve a place, send an email to gabriolaplayers@gmail.com with the subject “Writing Workshop”.

The workshop is limited to 10 participants, so don’t delay in booking your spot! 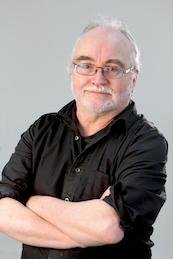 Frank Moher is a playwright, journalist, director and teacher. His play Odd Jobs was a finalist for the Governor General’s Award, won the Los Angeles Drama-Logue Award and has been produced throughout North America and internationally. The Third Ascent and Supreme Dream (co-written with Rhonda Trodd) toured Canada, and Big Baby, first produced by Calgary’s Alberta Theatre Projects, has also been seen widely in Europe.

Frank founded Western Edge Theatre in Nanaimo and was its first artistic director, from 2002 until 2012. His play Run in Fields premiered there in 2017. He also created the pioneering online scriptwriting workshop E-script, and taught scriptwriting and journalism at Vancouver Island University for 30 years. Most recently he directed Red for the Cultivate Festival on Gabriola.